Images from my GRACE DELVING INTO ART series gives us a "titillating" journey through art history. 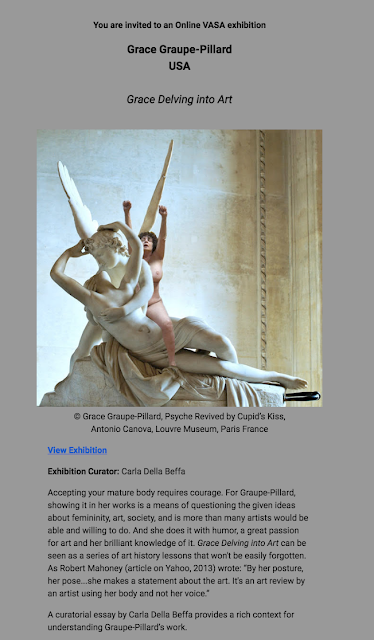 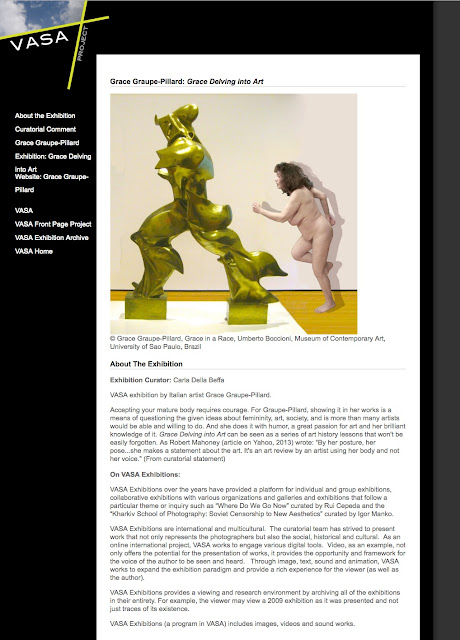 http://www.vasa-project.com/gallery/graupe-pillard/index.php
Posted by grace graupe-pillard at 8:33 AM No comments: Links to this post 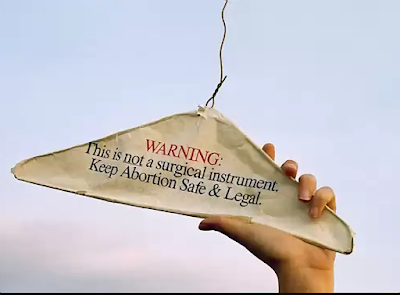 In the early 1960s, I was young, and innocent but not too innocent to get pregnant due to (I believe) a faulty diaphragm. At the time living at home in the Bronx, I was a student in history and political science at CCNY with a sweet boyfriend who was Co-Captain of the Basketball team. Life was rushing at me in fits and starts - as I began to examine my own sexuality and the world around me, inquisitively comprehending the damnable fact that the globe I inhabited was larger than the moon and its satellites revolving around my tiny insular orbit.

The obscuring veil that had shielded me through my boy-crazy teen years was ultimately penetrated by enrolling in college classes in Economics, Nationalism, Southeast Asia, Russian Area Studies and reading some of the world’s great literature (taking courses in Greek and Shakespearean tragedies)  lifting a fog of ignorance that had enshrouded me. My “beloved country” was not what I had been taught to believe it to be; untainted and pure - the savior of democracy worldwide. Yet, my entire childhood had shown this to be true for my German Jewish refugee family, granted asylum in this country, saving my parents, and maternal grandparents (but not my paternal grandparents who died in Theresienstadt) from the horrors of a monstrous dictator’s genocide by allowing us entry through the ports of NYC. The world was more complex than my inexperienced self had yet apprehended.

The dawning awareness of life’s complexities had now invaded my body with the possibilities of motherhood. I did not realize that I was pregnant until my 10th week. There were no easy color-coded pregnancy tests to directly give me the news - instead, I would have to make an appointment for confirmation with a local Doctor which I was reluctant to do - not wanting my parents to know what was happening. I kept procrastinating with the hope that this was a false alarm. I knew that I needed to maintain control over my body and wanted an abortion, which was illegal and punitive - participating “shadow” doctors were criminalized. I realized that I was unable and unwilling to support a child both financially and psychologically.

My boyfriend concurred with getting this procedure. He knew a doctor in New Jersey who performed abortions charging  $500 in cash - the going rate in the 1960s for those of us who could scrounge up the money. He drove me to a small town in NJ and waited in a car a block away. I remember walking up the porch of a suburban house, greeted by a sloppy looking woman who met me at the door. She was the nurse. I was given no anesthesia, no antiseptic preparations that I recall. My legs were strapped into the stirrups with a middle-aged man peering into my vagina, tools in hand. There was no conversation. There was only the silence of anticipation.

Having your uterus probed and cut without any numbing agents to relieve the wrenching pain which radiated throughout my body was unforgettable, but I remained silent with eyes tightly closed to the instruments of “purging” and the colors of clotting blood. I did not cry out, nor did I scream. I was mute. Instead, I maintained my secret quietude comforted by a memory that my father told me when I was 5 years old - “anytime I feel sad I should think of a birthday party with hot dogs, balloons and an ice cream cake.” That is what this teenager did for the hours it took to complete the “operation.” My mind participated in the parties while my body was in distress; I was at a birthday celebration - ironic of course - but those dreamlike flashbacks carried me through this experience. Though bruised and battered, I walked out the door alone and up the hill to where the car was waiting for me. I was exhausted, relieved, saddened and ready to move on.

To this very day, I am a strong advocate of a woman’s right to choose. I never want any woman to endure medically an unsanitary, unsupervised, non-hospital abortion. I was one of the lucky ones who did not get an infection or die. In 1973 Roe v Wade was passed and a vital right for woman and choice was codified into law.

In 2019 Georgia and Alabama legislators are reversing years of legislation. Women are under attack again...