Posted by grace graupe-pillard at 1:16 PM No comments: Links to this post 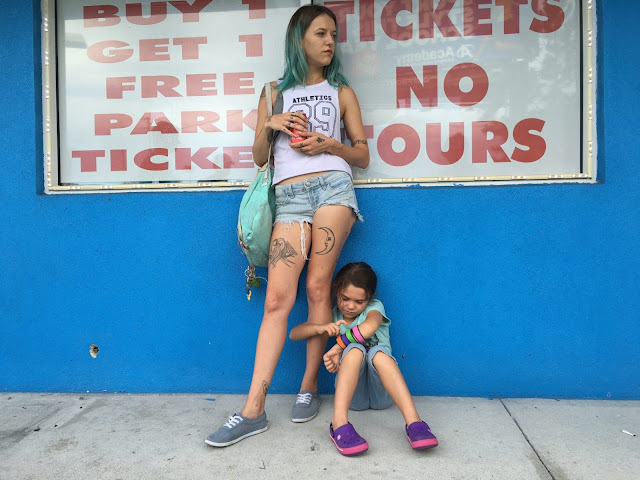 THE FLORIDA PROJECT directed by Sean Baker is a film that left me with a sadness I could not shake all evening. Still thinking about a movie which gives us the best performance by Willem Dafoe I have seen in years, finally shedding the horror edge he often exhibits to display a complex humane being. The action takes place in Orlando Florida's honky-tonk atmosphere of cheap motels and stores surrounding the "magical" Disneyland dream destination. 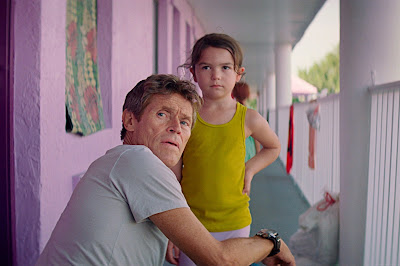 I guiltily found myself feeling terribly judgemental towards the single-almost-children-themselves moms in the throes of "hard" living; their hand to mouth struggles to exist, and the laissez-faire attitude towards taking care of their offspring. Yet, I admired a certain freedom that comes from a who-gives-a-damn- about- me - attitude when you know you are fighting a losing battle and anything is possible - where time is compressed into the moment.

The children were not sentimentally cute but cunningly so. Kids who are growing up running wild; a total lack of respect for others a mini-version of their parents but with their innate empathy still unbroken. The insights of Moonee ( a terrific Brooklynn Prince) are penetrating, her intelligence spurs the pack of friends onto new adventures whether it is scamming a tourist for the ice cream cone which the group takes turns licking with the innocent sensuality of children; or sitting on a curved, bent tree with her best friend, telling her why it is her favorite tree - appreciating its visual history. 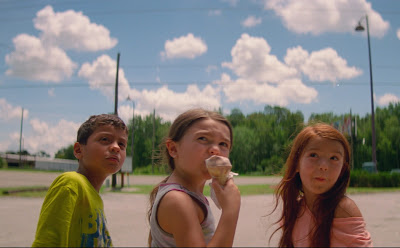 Here is an enchantment that is not produced commercially by the Disney Corporation; Moonee's childhood delight is raw and grating full of laughter and at times perilous mischief-on-thin-ice.
Posted by grace graupe-pillard at 11:15 AM No comments: Links to this post


MARSHALL is a movie directed by Reginald Hudlin which is worth seeing. Injustice makes me choke back tears of anger as we meet a young Thurgood Marshall, the sole attorney for the NAACP in 1940 being sent all over the country defending black men falsely accused of crimes. A cocky, confident Marshall who is well-aware of his own brilliance, teams up with an inexperienced white, Jewish Insurance lawyer, Sam Friedman in Bridgeport Ct. on a case of rape and assault of a white woman by a black man - a story which inflames the East Coast news media.
The story is based on a true event and the film has the intensity of a courtroom drama but carried out in a Northern city where hatred and bigotry are as powerful as anywhere in the South. This occurs in 1940 just before the US enters into World War II to fight against Hitler and his dream of an Aryan nation.

Thurgood Marshall became a great Supreme Court Justice and this movie gives us a glimpse into his "beginnings" and the passion he had early on for the Consitution's ideals of equality for all. The Law was his mantle and he knew how to wear it with cunning, intelligence and compassion.

Posted by grace graupe-pillard at 10:47 AM No comments: Links to this post