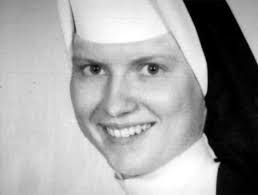 The seven-part Netflix documentary series THE KEEPERS is a scathing indictment of the Baltimore Maryland Archdiocese and its coverup of abuse by priests in collusion with other locals, leading to the murder of a 27-year-old nun, Cathy Cesnik, a popular English, and Drama teacher at Archbishop Keough High School in 1969. Forty-seven years later, the murder still haunts some of her students, particularly Abbie Schaub and Gemma Hoskins - two women whose fierce devotion to their former teacher transforms them into "senior Nancy Drews" who have spent the intervening time trying to make sense of what happened, long after the brutal  extermination of Cesnik became an  official “cold case”. Their loyalty and unflinching determination to discover the “truth” was and is an on-the-job learning curve; their use of the Freedom of Information Act (FOIA) and other investigative methods, including old-fashioned footwork and interviews, begins to unearth an impenetrable darkness that enshrouds the case with widening implications. Buried execrable secrets eventually thrust themselves into the light making us gasp at the physical and mental sufferings of these young people - an agony that time never can expunge along with confusion and guilt - accessory weights that profoundly settle over our spirit. 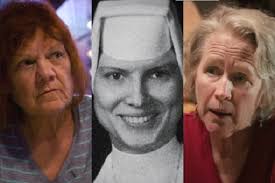 We discover early on that the police and assisting governmental officials ignored salient facts during their investigation - reports are missing, records are transferred and now gone  - all indications of the dominant influence of the Catholic Church in Baltimore on many of the institutions of power. Our “detectives” uncover a pattern of horrific child abuse by Cesnik’s colleague, Priest Joseph Maskell who would target the most vulnerable students; young girls who had a history of family trauma, and call them into his office  for “counseling.”  The beauty of innocence is also its bane; to navigate through corruption requires an armor that the tender skin of youth has not yet developed - those who scald that fragile shield are craven reprobates. 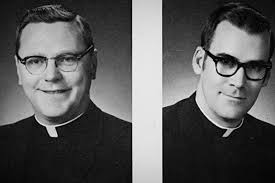 Director Ryan White intersperses the past and present - through newspaper headlines, interviews with people whose lives touched on Sister Cathy and those who were victimized in Archbishop Keough High School, and eventually feel compelled to speak up - still believing that their oppressor, the Catholic Church would be their savior - not their foe in the daunting fight for truth and justice. We witness the long-arm of the Archdiocese which utilizes its power to quash dissent, quietly protecting the offending clergy by transferring them from school to school compounding the abuse.  A hushed pall of silence - a cloud large enough to hover over medical personal, the police, and governmental agencies sanctioned a fog of evil to multiply and continue to destroy lives.

THE KEEPERS speaks with great sensitivity and directness to the wounds of molestation that never heal, and to the courage of those who are the true heroes - exposing their personal agonizing history to the vicious cross-examination of those in authority -  in order to protect future generations from the  enduring effect that the despoilment and loss of childhood naiveté has on an individual. We also observe a crime story and the pursuit of “truth” - over decades -  an inquiry that becomes an avocation - a razor sharp spotlight on what might seem like a minutia of evidence that with time and patience piles up into a penetrating narrative, with the potential to bring down an Empire. These are “the keepers.” 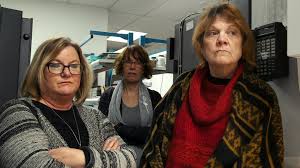 Posted by grace graupe-pillard at 7:21 AM No comments: Links to this post

NORMAN: THE MODERATE RISE AND TRAGIC FALL OF A NEW YORK FIXER 5/8/17 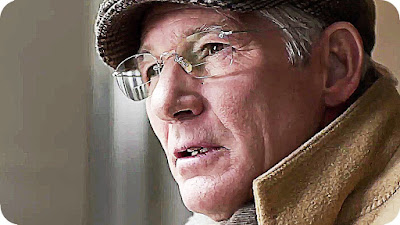 Watching the esteemed Israeli director Joseph Cedar’s new film NORMAN: THE MODERATE RISE AND TRAGIC FALL OF A NEW YORK FIXER, I kept thinking that the wardrobe expenses for the main character was quite a bargain, as Richard Gere wears the same camel-hair coat and grey cap throughout the movie with a very occasional change into a suit. The character Norman is the Bernie Madoff of the political and social set - building exotic schemes and dreams upon the sludge of greed and desire, but as his clothing indicates in a spare and pared down manner.

Norman is a cipher - we have no idea where he lives; his personal life is a mystery; whether he gets any financial remuneration out of his zany deals;  or whether he gets satisfaction in just being accepted by men-in-power that are as secretive and cagey as he is. This is the tragic tale of a man who has come to believe in his own lies, a man passionate about making connections - hooking up people with one another - a “shadchan”, the Yiddish word for matchmaker, but for the marriage of political and business elites. This sycophantic “nebbish” is both sympathetic and pathetic. Norman need not fear “invisibility,” since he is vociferously insensitive to his own behavior, annoyingly pestering and nudging his “marks,” like a mosquito that keeps on biting and never feels being squatted away - a gambler, rolling the dice for a jackpot without any money to cover his bets.

Richard Gere, in a defining career move, sheds the glamor of previous roles, to play Norman, a person intensely driven to pushing and cajoling his way into the lives of the power brokers; surprisingly when he does gain some notoriety, his approach to life remains unchanged. Norman continues to wear the identical outfit; his office still consists of wandering the streets of Manhattan making promises on the phone; a loner who remains an enigma who cannot control his need to “help” despite being helpless.

This film is a character study of an older man who unintentionally has an enormous impact on people in his immediate circle, and internationally - particularly Israel’s peace talks in the Middle East. The bare bones of the plot focuses on an early decisive encounter between Norman and an Israeli Deputy Minister, who 3 years later becomes the Prime Minister of Israel. The impact of their initial meeting reverberates throughout the film.

There is an innocence and an affability to the soft-spoken Norman; oftentimes he looks confused and fails to understand that his schemes can lead to dire consequences. Small moments in the film are incredibly moving; Norman sneaking into a synagogue’s back room to dip into a jar of Vita herring which he deftly balances on crackers, underscoring the bleakness and isolation of his life in the very space where he goes to for sanctuary and comfort.  Steve Buscemi is excellent portraying the Rabbi of this large Congregation, surprising even himself by reaching out in desperation to Norman, the “fixer” to help save the Synagogue’s building from being wrested away due to lack of funds.

NORMAN: THE MODERATE RISE AND TRAGIC FALL OF A NEW YORK FIXER, is a fascinating study of someone with a bad case of logorrhea, who clearly has no influence or prestige, with a reputation built on quicksand  - who shockingly does affect events and temporarily succeeds. 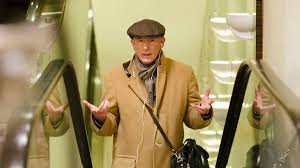 Posted by grace graupe-pillard at 6:57 AM 2 comments: Links to this post