I am thrilled to have had the opportunity to make a studio visit to the artist ROBIN TEWES and write about her work for WOMEN"S VOICES FOR CHANGE.


Please click on blue links to get further information on Tewes' art.

http://womensvoicesforchange.org/grace-visits-artist-robin-tewes.htm
Posted by grace graupe-pillard at 6:11 AM 2 comments: Links to this post 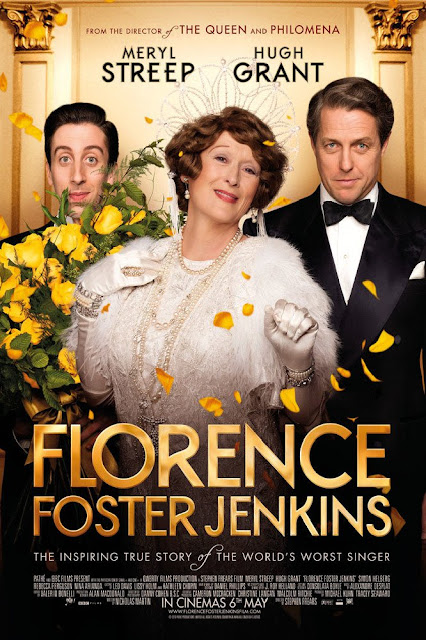 Didn't like Meryl Streep's new movie FLORENCE FOSTER JENKINS: CURTAIN CALL based on a true story - though the audience and my movie partner enjoyed this "feel good" pablum. I saw it in a much more political/psychological light as a study of a delusional woman who was a patron of the arts, but was deaf to "hearing" her own voice clearly. Stephen Frears’ direction was a mix of trying to be camp" and serious. In contrast to the director John Waters whose work can be categorized as "camp"; but Waters’ has a protective, deep affection for his characters that is lovely- unlike this movie where the actors are portrayed as cartoon figures.

I am not easily entertained by films, demanding originality (which is rare) and am definitely not seduced by a story about a wealthy woman, who in the midst of WWII realizes her dreams through money and sycophants indulging her every whim.

I was reminded of that old joke: How do you get to Carnegie Hall? Practice, practice, practice.
Posted by grace graupe-pillard at 1:39 PM No comments: Links to this post 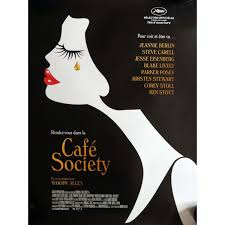 Woody Allen's latest film CAFE SOCIETY is another lightweight effort by the Director, who feels that he has to put out a new second-rate movie every year. I am sick of Allen's Jewish jokes; his quips walk a tightrope, often falling into the net of anti-semitism. Jesse Eisenberg might be a smart guy in "real life," but he made a bad decision to be involved with CAFE SOCIETY. The character he plays is whiningly predictable, and Eisenberg is unable to give heft to an undeveloped role.

The often terrific actress - Kristen Stewart whose gorgeous expressive eyes can usually make me a captive audience, tried her best, but could not pull this one out of the pool of mediocrity. 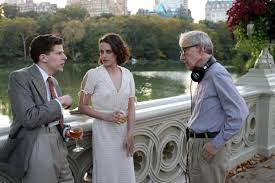 No one is given a chance to act because the screenplay is so love-at-first sight/older man falls for younger woman/infatuation with tawdry glamorous trappings - cliches that the characters who are paper thin can be upended by a whisper. 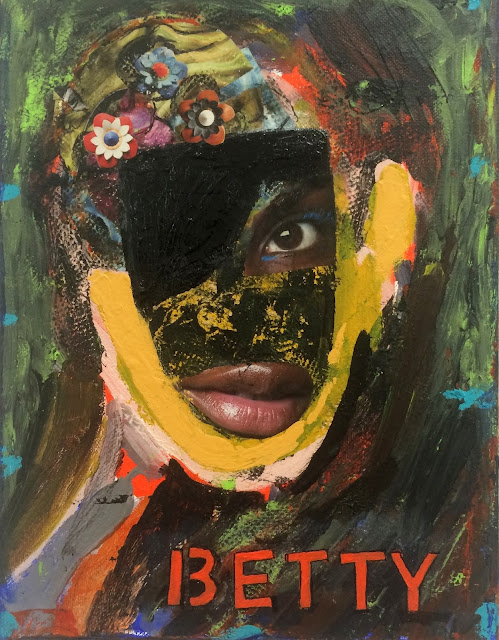 I am excited to have had the opportunity to visit Judith Henry's studio and write about her recent work in Women's Voices For Change. CLICK ON BLUE LINKS which will take you to Henry's website.

Posted by grace graupe-pillard at 8:05 AM No comments: Links to this post 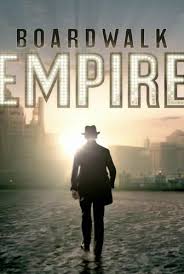 I regret to say I have finally finished watching "epic" television in the five seasons (56 hours) of BOARDWALK EMPIRE. The scope of history - from the adoption of the 18th Amendment's prohibiting  the making, transporting, and selling of alcoholic beverages passed in 1919 through its repeal in 1933, and how it generated an industry run by criminals - names of gangster's that are still familiar to us, their brutality romanticized over time in film and television; Lucky Luciano, Meyer Lansky, Al Capone, Arnold Rothstein, etc. set against the backdrop of Atlantic City with satellite  locations in NYC, Chicago and Miami.

The history of race relations, women's rights, workers rights, corrupt public servants and rigged elections are woven through the plot as broken, disillusioned soldiers return home from fighting in WW I; Presidential elections come and go as the nation slides into dissolution and the chaos of financial ruin. Names that are familiar to us such as J. Edgar Hoover, Eddie Cantor, Joe Kennedy (father of Jack) are characterized but not caricatured by a wonderful cast. When one great actor gets written out of the series, and I feel a deep disappointment, another one appears and gives an equally compelling performance.

Ambition, greed, sex, love and marriage - the range of uniquely varied personal interactions propels the plot into new directions as we witness the ebb and flow of time on a character's persona.There is an authenticity to the sense of place - from the shacks in the "negro" part of town to the lavishly decorated mansions of the power-brokers - each set design has intricate details that help delineate an accurate, sociological study of southern NJ coastal towns.

The cinematography is often exquisitely breathtaking, such as choreographed scenes of violence in the darkened light of night; the infinite expanse of water touching the Atlantic City shoreline with bursts of gunfire spawning fireworks of sharp white flashes, a resounding thunder of sound and visual effects, and then the quiet of death, red blood slowly puddling on the ground.

BOARDWALK EMPIRE has a superb cast: doe-eyed Steve Buscemi in the role of his life portraying Nucky Thompson - the "overlord" of Atlantic City - a man who “tried to be good” but  reached for more and more money to maintain the lifestyle that he envied as a child, and eventually achieves at a terrible cost; Bobby Cannavale - great as the clinically insane gangster Gyp Rosetti whose id is let loose in horrific acts of violence; Michael K. Williams is heartbreaking - hard and pragmatic in business with a poetic, “romantic” side as “Chalky White” the son of a carpenter  who was lynched by the very white men he was building cabinets for - Chalky runs the black part of town and teams up with Nucky in the bootlegging business; Jeffrey Wright as Dr. Valentin Narcisse, a disciple of Marcus Garvey whose actions belie his philosophical beliefs; the always terrific Michael Shannon as a fanatically religious federal Agent who loses his way;  Stephen Graham as the explosive, vicious mobster, Al Capone; Kelly Macdonald as Margaret Thompson married to Nucky whose beauty blossoms while her innocence fades away; Gretchen Mol- a tragic figure as Gillian Darmody mother and lover of her son Jimmy played by Michael Pitt - a tragic tale of a woman who had to face life alone as a child battling sexual abuse among other acts that vulnerable children with no protectors are forced to endure; and a personal favorite Jack Huston-grandson of great director John Huston who comes home from the War with half his face blown off - hidden behind a mask  - a complicated person whose sharp-shooting skills are put to use by the mob, but whose goodness prevails  - if anyone takes the time to “look” at him.

I encourage you to take the time to view this series - it is true to the historical figures which are intertwined into this grand tale of the Prohibition era - post WWI up to pre WWII where money and power contaminated those who were supposed to be the guardians of the populace. Relationships between family members, husbands and wives, fathers and sons, sisters and brothers are all impacted by the vicissitudes of an age that tried to stamp down profligate behavior and ironically encouraged a much deeper amorality.
Posted by grace graupe-pillard at 11:42 AM No comments: Links to this post